While the use of health information technology (HIT) has the potential to promote efficient and higher quality healthcare, errors in electronic health records (EHR) have increasingly played a role in medical malpractice claims. Thus, instead of improving the quality of care by reducing medical errors as intended, HIT has introduced new errors contributing to medical malpractice.

Due to “shortcomings in the design and implementation” of HIT programs, the adoption of these systems has opened the door for mistakes such as incorrect entry and transmission of data, leading to the loss of patients’ healthcare information. As health information systems have become widely used in the practice of medicine, the risk of harm or death associated with errors in EHRs have “increased significantly.” Currently, 80% of physician office practices and 90% of hospitals have integrated EHRs.

In a separate study published by The Journal of Patient Safety, the authors of the study concluded that while less than 1% (248 cases) of the malpractice claims analyzed were related to errors in EHR, these cases represent “the tip of the iceberg” because EHR-related malpractice rarely leads to lawsuits. In other words, the data does not reflect the prevalence of EHR-related errors in medical practice claims.

EHR errors continue to harm patients every day. The attorneys at Abramson, Brown & Dugan have vast experience handling medical malpractice claims. If you or someone you know is a victim of medical practice, please contact one of our attorneys today for a free consultation to discuss your legal rights. 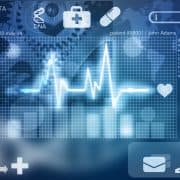 User and System Failures: The Problems with Electronic Health Records