For over thirty years, Kevin has focused on representing victims of medical malpractice.  After completing college and law school in Florida, he came to New Hampshire and became a founding member of Abramson, Brown & Dugan.  Kevin has been recognized in New England Super Lawyers every year since 2006.  He has also been listed in Best Lawyers in America for many years, and won their Lawyer of the Year award in 2015, 2016, 2017, and 2018.  Kevin has maintained an “AV” rating (Preeminent) for many years from Martindale-Hubbell, the nation’s leading lawyer rating organization.  He is an active member of the New Hampshire Association for Justice, having served on its Board of Governors for over ten years, and as its President in 2000.  Kevin has appeared frequently before the New Hampshire legislature to testify on civil justice issues.

While Kevin has handled medical malpractice cases involving virtually every aspect of medicine, he has had a particular concentration in birth injury cases, including medical errors in labor and delivery resulting in newborn brain injury and cerebral palsy. 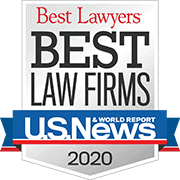