It didn’t last more than a day, and it’s already over. The highly anticipated first Neurontin trial ended after an anonymous donor offered $50,000 to pay the educational expenses of the decedent’s daughter. The donor offered to put the money in a trust for the 10-year-old daughter of suicide victim Susan Bulger. As the case was preparing to go to trial both sides acknowledged the difficulty of the case given the plaintiff’s personal history and past suicide attempts. Yet, the maker of the epilepsy drug Neurontin had to face some issues as well, not the least of which involved marketing the drug for off label uses and downplaying the increased suicide risk. The trial presented risks for both sides, a common theme in all trials. This one ended on a compassionate note. Some have speculated that the anonymous donor was an attorney friend of Bulger’s family lawyer Mark Lanier. In a sense, it doesn’t matter. What matters is someone stepped forward to assist with the financial needs of a young girl who’d lost her mom. That’s all that matters in this case. 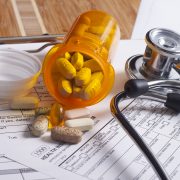