Pfizer Inc. will go to trial this Monday concerning its epilepsy drug Neurontin. It is the first case to be tried among an estimated 1,200 Neurontin lawsuits that allege the epilepsy drug increases the risk of suicide among users. In spite of the looming trial date, Pfizer hasn’t taken financial reserves to deal with litigation expenses. US District Judge Patti B. Saris stated in a July 20 pretrial hearing that the plaintiff’s case will be a tough one because of the plaintiff’s personal history of drug use and previous suicide attempts. The Neurontin trial stems from the 2004 suicide of Susan Bulger, a 39 year old woman who had ingested the drug hours before her suicide. Pfizer lawyers contend that Bulger’s suicide stems from a long history of drug use and multiple suicide attempts. Bulger’s family believes that Pfizer downplayed the drug’s dangers and its increased risk of suicide. Bulger’s lawyers cite the December 2008 FDA ruling ordering all epilepsy drugs to carry a warning label associated with the increased suicide risk as supporting evidence of its claims against Pfizer. The Neurontin lawsuit also contends that Pfizer marketed the epilepsy drug for off-label use, which is illegal. While doctors may choose to prescribe drugs for off-label use, pharmaceutical companies are forbidden from marketing drugs in such a fashion. In 2004, Warner-Lambert paid $430 million to resolve US Justice Department allegations of off-label use involving Neurontin. While Pfizer lawyers will attempt to demonstrate Susan Bulger’s past drug use and history of suicide attempts as the cause of death, the judge has refused to dismiss the case. She has described the relationship between Neurontin and the increased risk of suicide as “biologically plausible”. Industry officials and those who have legal claims against Pfizer will watch the proceedings closely. The outcome of this trial may provide an indication of the fate of the remaining Neurontin lawsuits. The case is Bulger v. Pfizer Inc., 1:07-cv-11426, U.S. District Court, District of Massachusetts (Boston). The suit is part of In Re Neurontin Marketing, Sales Practices and Products Liability Litigation, MDL 1629. 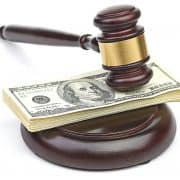