Last year, fentanyl surpassed heroin as the number one drug found in New Hampshire victims of drug overdoses. Fentanyl is a powerful prescription narcotic that is stronger than heroin and more potent than morphine. It is frequently used as an anesthetic during surgeries or prescribed to patients to manage pain. When it reaches the streets, fentanyl is often mixed with heroin or cocaine, which increases the effect of the drugs.

To maintain drug addictions, fentanyl is being diverted from legal sources at alarming rates. Employees at hospitals may take the drug for their own personal use. Consider, for example, the case of David Kwiatkowski, who diverted fentanyl from hospitals for years before eventually being caught at Exeter Hospital after infecting over thirty people with Hepatitis C. More recently, nurse Kerry Bridges was fired and criminally charged after diverting drugs from Concord Hospital. In addition to hospital employees, patients abuse their prescriptions or sell their personal stash for financial gain.

Medical providers in New Hampshire are too quick to prescribe powerful narcotics such as fentanyl. Research has shown there is a direct correlation between the availability of prescription drugs and deaths due to overdose. In order to combat the current drug epidemic, New Hampshire medical providers must stop overprescribing and overmedicating patients with fentanyl and other powerful narcotics. 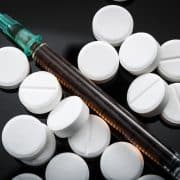 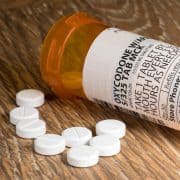